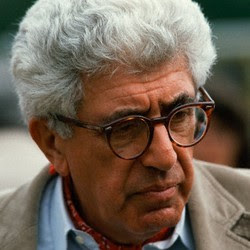 Barry Commoner, one of the founders of the environmental movement and a great advocate for restraint in the exploitation of technological power, died Sunday.

Commoner was often portrayed as a radical for articulating views that in a sane world would be seen as common sense. Take, for example, his four laws of ecology:
Not that hard to understand, you'd think, yet Commoner's laws are to this day, around the world, widely, fatally ignored.

An interesting aside in that regard appeared in the excellent Commoner obituary that appeared in the New York Times Monday. President Richard M. Nixon, the Times noted, responded in his 1970 State of the Union address to the environmental movement that Commoner was so instrumental in starting.

“The great question of the ’70s," Nixon said, "is, Shall we surrender to our surroundings, or shall we make our peace with nature and begin to make reparations for the damage we have done to our air, to our land and to our water?”

Two things about that historical footnote stand out, in addition to its reminder of how long we've ignored the urgent call to make our peace with nature:

In the "Last Word" video interview that accompanies the Times' obituary of Commoner, he speaks of a "red thread" that runs through "everything that's happened in this country in our lifetime." That thread is this:


The thoughtless way in which we decide what we're going to produce and how to produce it. Thoughtless in the sense that all that we're interested in is getting the thing produced without thinking about how it's done and what impact that has, not simply on getting the product, but on our lives, our health, the welfare of poor people, the environment as a whole.

There can be no greater testimony to the power of technological autonomy than our ongoing inability to heed the warnings of Barry Commoner and many others like him. For speaking out nonetheless, they're heroes.