Larry Page and the Lathe of Heaven

"Those who dream of feasting wake to lamentation."

An interesting set of confluences came my way over the summer.

They began during a lunch at the IEEE's Norbert Wiener in the 21st Century conference in Boston. I was sitting next to Greg Adamson, the chair of the conference, who in the course of the conversation mentioned a poll of engineers in which respondents were asked to indicate the priorities that were most important to them in their work. What were their chief goals, their motivations? Improving the lot of humankind, Greg said, came in fourth on the list.

I expressed surprise that improving the lot of humankind didn’t rate higher — like maybe first. Several others at the table said they would have expected it to rate even lower. I found that troubling, and said so, to which Greg responded, “I’ve never met an engineer who didn’t believe that what he was doing would benefit humankind.” 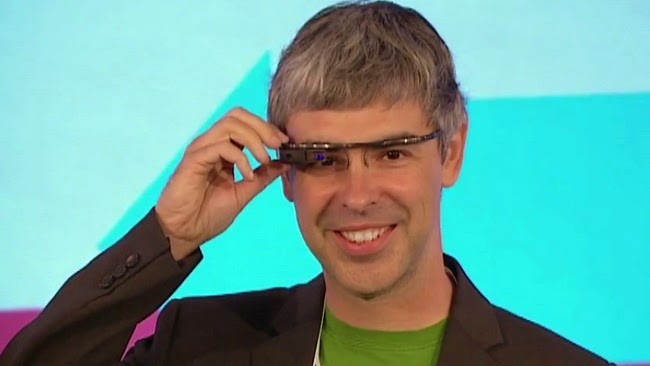 That resonated with something Larry Page, the CEO of Google, had said in a New York Times article the day before. The focus of the piece was Google’s vast ambitions to keep extending its reach until it plays a role in virtually everything, aiming ultimately to connect the planet into what Times tech columnist Farhad Manjoo called “a single, hyperaware computing system.”

Manjoo wondered if maybe Google’s urge for expansion might be getting “creepy,” and Page said he understood people’s concerns. “I think technology is changing people’s lives a lot, and we’re feeling it,” he said. “…Everyone can tell that their lives are going to be affected, but we don’t quite know how yet, because we’re not using these things [referring to some of the new technologies Google’s working on, such as Google Glass] — and because of that there’s a lot of uncertainty.”

Understanding people’s concerns doesn’t mean Page shares them. “For me, I’m so excited about the possibilities to improve things for people, my worry would be the opposite,” he said. “We get so worried about these things that we don’t get the benefits.”

Note the phrasing. Page is excited about the possibilities to improve things for people. The suggestion is that this is what drives him. You might think that, as the leader of one of the most powerful corporations in the world, he'd be interested mainly in increasing its profits and power. Think again. Page sees himself as a missionary. A technological missionary, out to serve, if not save, us all.

The second layer of confluence struck when I was driving home from the conference. On long drives I’m in the habit of listening to audio books on my iPod, and on this occasion I had a copy of a 1971 science fiction novel I’d read many years ago but didn’t remember at all, Ursula K. Le Guin’s The Lathe of Heaven.

For anyone who hasn’t read it, be forewarned that the remainder of this post will discuss the plot in some detail. It’s spoiler from here on out.

The novel’s central character is a seemingly passive little man named George Orr. He’s in his late 20s or early 30s and he lives in Portland, Oregon. The year is 2002.

Orr’s dreams become more powerful, and more terrifying, over time. He starts using his friends’ Pharmacy Cards, illegally, so that he can get enough pills from the autodrug to either keep him awake or knock him into dreamless sleep. Caught using a borrowed card, he’s required to see a therapist. The therapist he sees is the novel’s other central character, Dr. William Haber.

Haber, a dream specialist, assumes Orr’s problem is a delusion, one he’s confident can be taken care of without too much trouble. Haber is a confident man. Quickly, though, he sees that Orr’s dreams do indeed change reality. Using hypnosis, drugs, and the Augmenter, a sort of supercharged biofeedback machine he’s developed, Haber begins directing Orr to dream specific outcomes. He wants to use Orr’s gift to improve the world. The dreams generally accomplish what Haber suggests, but in distorted ways. Sometimes the results are better than others. Haber keeps working at it. Haber is a determined man.

Le Guin makes the point repeatedly that Haber intends only to use Orr’s dreams to do good. He wants to solve the problem of overpopulation and the problem of racism. He wants human beings to stop killing each other in wars. On the way to addressing these and other ills, Haber’s stature in the world steadily increases, as it must if his goals are to be realized. He moves from a nondescript office with no windows to a gigantic suite in a fancy office building. The building is the headquarters of an international agency called Human Utility: Research and Development, or HURD. Haber is the director of HURD, which in turn is the central office of the World Planning Center. World leaders come to confer with Haber there. The HURD building carries an inscription: THE GREATEST GOOD FOR THE GREATEST NUMBER.

Again, though, the mechanism of Haber’s success – Orr’s dreams – have a way of twisting things in unexpected ways. The overpopulation problem is solved by the disappearance of six million people. (They don’t disappear, exactly; they simply go from having existed to never having existed.) The race problem ends when everyone in the world turns gray. Humans stop killing each other in wars when they're forced to band together to resist an invasion of aliens dreamed by Orr.

With every attempt at improvement, the world lurches into a different reality. Daily life become stranger, more confused; continuity frays. Orr desperately wants it all to stop, but Haber tells him he’s foolish to be afraid, that there's no such thing as complete safety, that he has to be willing to take a chance.

"Life’s not a static object,” he says. “It’s a process…Life –evolution – the whole universe of space/time, matter/energy – existence itself – is essentially change.”

Orr, who turns out to be not so much passive as reflective, disagrees. “That’s one aspect of it,” he says. “The other is stillness.”

The two of them have had this argument before. On the earlier occasion, Haber stated emphatically that Orr has a duty to use his dreams constructively.

Orr replies that he’s not sure everything has to have a purpose. “What’s the function of a galaxy?” he asks.

This offends Haber. He accuses Orr of being some sort of Buddhist.

Orr says he’s never studied the Eastern religions and knows nothing about them. “I do know it’s wrong to force the pattern of things,” he says. “It won’t do. It’s been our mistake for a hundred years.”

Orr asks Haber if he remembers what happened with their previous experiment, which turned out badly. At that point Haber tires of talking.

“All right!” he says, hooking Orr up to the Augmenter. “Let’s get on with it!”

Skillful science fiction identifies characteristics – human, scientific, technological -- that are driving the culture in directions that haven’t fully materialized. The Lathe of Heaven is an example. More than 40 years after its publication, Google’s Larry Page has his hands on the levers of the dream machine, and it’s clear he isn’t much interested in stillness.

“Don’t be evil” isn’t Google’s motto. “Let’s get on with it!” is. Larry Page and his friends are eager to improve things for people.

*Le Guin uses quotations from Chuang Tse, including this one, as chapter epigraphs.