The Battle Between Art and Science (Continued) 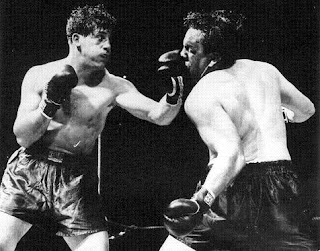 The New York Times ran a fascinating article a few days ago reporting that something like 40 percent of students who start college as engineering and science majors change course at some point and switch to other subjects, or drop out altogether. That's twice the rate of attrition seen in other majors, the Times said.

The article generated a far greater-than-usual number of comments from Times readers: more than a thousand at last count, virtually all of them considerably more thoughtful than the typical Huffington Post one-liner.

Reasons cited for students' departures, in comments and in the article itself, included boring introductory courses; boring teachers (including many foreign-born teachers with hard-to-understand accents); easier grading in humanities courses; lack of career opportunities in science-related fields (cutbacks in research grants were often mentioned); and the coldly abstract nature of the course work, which leaves little room for meaningful interaction with other students.

By far the most frequently-cited reason for the dropouts, however, was intellectual laziness. Both the article itself and reader comments argued that American students today lack the discipline required to endure the challenge of science and engineering courses, especially when it comes to math. Students from less privileged countries were said to excel in those courses because they're less coddled, and more dedicated. The Times headline too-cutely summarized the basic conclusion: "Why Science Majors Change Their Minds (It’s Just So Darn Hard)."

Since virtually every point possible to make on this subject has already been made by the Times' readers, I'll limit myself to three basic observations, all relevant to our relationships with technology (and all relevant to points addressed in my book):

1. The tension between technology and the humanities was a topic of discussion and debate among the philosophers of ancient Greece and has been a topic of discussion and debate ever since, especially since the dawn of the scientific revolution. (My earlier essay, "The Boffins and the Luvvies, reviewed some of the highpoints in the history of that debate.)

2. The statistic in the Times article that initially seems so shocking – that 40 percent of science and engineering students drop out before graduating – is less so when you consider the flip side: 60 percent don't drop out.

The central issue, it seems to me, isn't why so many students drop out of science and engineering programs, but why so many students drop into those programs in the first place. Jacques Ellul argued repeatedly that a culture that has been captured by technology is fundamentally interested in two things: technological efficiency and technological expansion. That such a culture would place an inordinate emphasis on educational pursuits that further those goals is hardly surprising.

Many of the comments from readers in the Times demonstrated how thoroughly those values have been assimilated in contemporary America (and elsewhere). It was taken for granted that science and engineering are the only courses of study that will produce results that matter. Many of those same readers argued that the current state of the economy made it more important than ever that students pursue economically promising ("practical") careers. Far fewer noted that the current state of our economy suggests that those economically promising careers haven't as yet earned us the security and stability we've been assured they would.

Robert Maynard Hutchins was one of the leading antagonists in what may have been twentieth century America's loudest and most sustained outbreak of the science-versus-humanities debate (often in opposition to John Dewey). In a 1953 speech he quoted the Platonic maxim, "What is honored in a country will be cultivated there." An educational system devoted to the cultivation of wisdom, Hutchins said, would look quite different than one devoted to the cultivation of power and success.

My point here is decidedly not that engineering and science can't be dedicated toward humanitarian goals that will result in the improvement of material conditions for all people on the planet. (C.P. Snow considered the need to promote such improvement the central message of his famous "Two Cultures" lecture. To his dismay, the animosity he described between the arts and sciences has been the only thing anyone ever remembered about it.) Nor am I suggesting that students disregard the need to make a living, or that those who are legitimately inspired by science and engineering shouldn't be given every opportunity to follow their dreams.

Rather my point is to note the lack of grounding and purpose that is overwhelmingly evident in American culture today. We don't have the slightest idea what to do with all the material advantages our sciences and engineering have provided. Just as troubling, in far too many ways our advances in science and technology are being used not to promote cultural stability and security, but to undermine it (For an example, see my earlier post, "Losing the Race Against the Machine.").

The Times article and many of those who responded to it suggested, explicitly or implicitly, that students who withdraw from science and engineering majors have failed in some way. Baloney. There's no shame in realizing you've made a mistake and correcting it. The problem is that too many students are starting out on science and engineering paths who don't belong there, either because they've been promised rewards that aren't, for them, forthcoming, or because they haven't been offered meaningful, viable alternatives.


3. There's considerable irony in the basic complaint voiced in the Times that American students today lack the discipline required to thrive in science and engineering programs. Perhaps the most prominent product of science and engineering in recent decades has been the revolution in digital technologies, a revolution that has produced, among countless other things, such phenomena as Facebook, texting, YouTube, computer generated special effects, and video games. If American students today lack the mental focus required to succeed as engineers and scientists, it's likely that their slovenly habits were developed at least in part by habitual exposure to mechanisms of mental distraction designed and delivered by graduates of science and engineering programs.