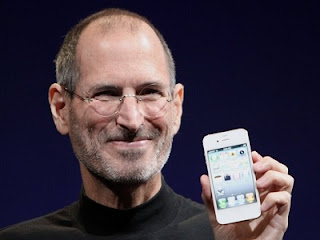 “Companies once felt an obligation to support American workers, even when it wasn’t the best financial choice,” said Betsey Stevenson, the chief economist at the Labor Department until last September. “That’s disappeared. Profits and efficiency have trumped generosity.”
The iEconomy: How U.S. Lost Out on iPhone Work, New York Times, January 21, 2012

“Death, procreation, birth, habitat; all must submit to technical efficiency and systemization, the end point of the industrial assembly line."
Jacques Ellul, The Technological Society, 1954

"We sell iPhones in over a hundred countries,” a current Apple executive said. “We don’t have an obligation to solve America’s problems. Our only obligation is making the best product possible."
The iEconomy: How U.S. Lost Out on iPhone Work

"The direction we are heading is reasonably clear...Left to unfold on its own, the worldwide division of labor not only will create vast disparities of wealth within nations but may also reduce the willingness of global winners to do anything to reverse this trend toward inequality – either within the nation or without."
Robert B. Reich, The Work of Nations: Preparing Ourselves for 21st-Century Capitalism, 1991