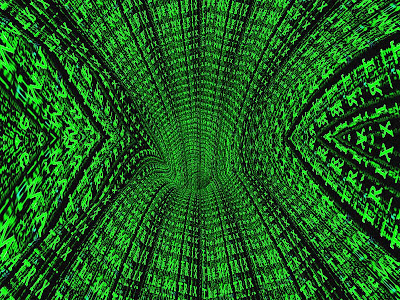 The New York Times published a superb report yesterday (the first part of a series) on the massive, and massively wasteful, power consumption that drives the Internet.

The article is notable not only for its reporting but also for its appreciation of the underlying issues.

Specifically it emphasizes that the Internet is not, as we'd like to believe, an entity that exists in some friction-less, dream-like realm called "cyberspace" or "the cloud." In truth, the Internet isn't "virtual" at all: It runs on such Earth-bound realities as diesel generators and lead-acid batteries, not to mention huge amounts of electricity and substantial amounts of pollution.

Here are some quotes:

Most data centers, by design, consume vast amounts of energy in an incongruously wasteful manner, interviews and documents show. Online companies typically run their facilities at maximum capacity around the clock, whatever the demand. As a result, data centers can waste 90 percent or more of the electricity they pull off the grid, The Times found.

“It’s staggering for most people, even people in the industry, to understand the numbers, the sheer size of these systems,” said Peter Gross, who helped design hundreds of data centers. “A single data center can take more power than a medium-size town.”

Energy efficiency varies widely from company to company. But at the request of The Times, the consulting firm McKinsey & Company analyzed energy use by data centers and found that, on average, they were using only 6 percent to 12 percent of the electricity powering their servers to perform computations. The rest was essentially used to keep servers idling and ready in case of a surge in activity that could slow or crash their operations.

The inefficient use of power is largely driven by a symbiotic relationship between users who demand an instantaneous response to the click of a mouse and companies that put their business at risk if they fail to meet that expectation.

At least a dozen major data centers have been cited for violations of air quality regulations in Virginia and Illinois alone, according to state records. Amazon was cited with more than 24 violations over a three-year period in Northern Virginia, including running some of its generators without a basic environmental permit.

Each year, chips in servers get faster, and storage media get denser and cheaper, but the furious rate of data production goes a notch higher.

With no sense that data is physical or that storing it uses up space and energy, [Internet users] have developed the habit of sending huge data files back and forth, like videos and mass e-mails with photo attachments. Even the seemingly mundane actions like running an app to find an Italian restaurant in Manhattan or a taxi in Dallas requires servers to be turned on and ready to process the information instantaneously.

“If you tell somebody they can’t access YouTube or download from Netflix, they’ll tell you it’s a God-given right,” said Bruce Taylor, vice president of the Uptime Institute, a professional organization for companies that use data centers.

A crash or a slowdown could end a [data center manager's] career…A field born of cleverness and audacity is now ruled by something else: fear of failure.

“When somebody says, ‘I’m going to store something in the cloud, we don’t need disk drives anymore’ — the cloud is disk drives,” Mr. Victora said. “We get them one way or another. We just don’t know it.”