An Interview With Yours Truly 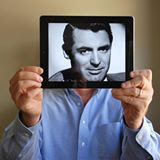 The author, relaxing at home

I received a nice invitation recently from the popular blogger, Joseph Ratliff. Having read my book (Not So Fast: Thinking Twice About Technology), he asked if I would care to respond to a few questions regarding my views on the world of machines. I said sure.

Here’s our “interview," as posted July 23 on The Ratliff Notepad.


Think Technological Progress Is Always Something To Praise? Not So Fast…

“It is mere vanity to wish to distinguish a technique as good or bad according to its end. Whether technique acts to the advantage of a dictator or of a democracy, it makes use of the same weapons, acts on the individual and manipulates his subconscious in identical ways, and in the end leads to the formation of exactly the same type of human being…the well-kneaded citizen.”

“Technique worships nothing, respects nothing. It has a single role: to strip off externals, to bring everything to light, and by rational use to transform everything into means…Far from being restrained by any scruples before the sacred, technique constantly assails it…The mysterious is merely that which has not yet been technicized.”

“It is apparently our fate to be facing a ‘golden age’ in the power of sorcerers who are totally blind to the meaning of the human adventure.”

How can readers get in touch, and what is the status of your book?
The short story is that I’m a journalist who has studied the history and philosophy of technology for more than twenty years. My blog is The Question Concerning Technology. I also have a Facebook page and a Twitter account (@DougHill25) dedicated to my thoughts on technology.
I haven’t been very active on any of those fronts lately, due to the pressures of a new job, but I hope to resume regular communiqués soon. My book, Not So Fast: Thinking Twice About Technology, is currently in the review process at a major publisher and not currently available, but I hope it will be soon.
I will keep you posted.