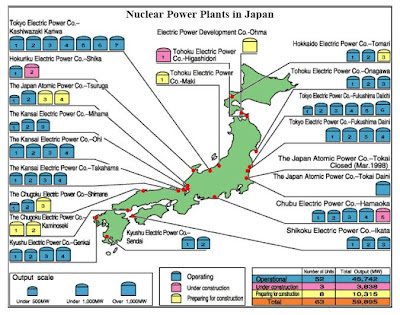 In January I wrote an essay for the technology blog Cyborgology on the subject of technological autonomy and its implications for the environment. There's no more important dynamic when it comes to understanding our relationship with machines and where they're taking us.

Technological autonomy is shorthand for the idea that, once advanced technologies pass a certain stage of development, we lose our ability to control them. I generally use the phrase "de facto technological autonomy" to underscore that what's being talked about is a loss of practical rather than literal control. Loss of practical control occurs for a number of reasons, among them the fact that the economies of modern societies have come to depend, completely, on various technologies. Remove those technologies and the economies collapse.

A striking example of this is the dilemma facing Japan as it contemplates whether to resume its dependence on nuclear energy in the wake of the post-tsunami meltdowns at the Fukushima reactors last year.

The Atlantic recently ran an interview with Nobuo Tanaka, the past executive director of the International Energy Agency, who is warning that without nuclear power Japan is rapidly heading toward (as The Atlantic put it) an "energy death spiral."

Since the meltdowns, operations at all but two of the nation's 54 reactors have been suspended. The threat is that without energy sufficient to supply its manufacturing needs, Japan's largest employers will be forced to abandon domestic production, initiating a process of "deindustrialization" that would cripple the economy. These concerns are exacerbated by uncertainties regarding international oil supplies and the prognosis that this coming summer may be unusually hot, prompting a spike in energy demands.

The dilemma is an excruciating one. The nation's citizens are essentially being told that they must welcome back into their midst an industry that's made whole towns uninhabitable and that's undermined confidence in their food supply, not to mention their officials. The alternative is widespread unemployment and poverty. In other words, while it's literally possible to shut down the reactors permanently, practically speaking Japan may have no choice but to turn them back on. That's de facto technological autonomy.

Global warming doubles the bind. Without the reactors, Japan will make up some of its energy deficit with fossil fuels, thereby increasing its emissions of greenhouse gases.

Japan's distinction is that the tsunami has forced it to confront the issue of technological autonomy sooner than other industrialized countries. Their time (our time) will come. 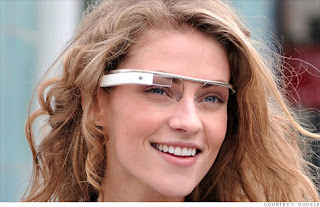 Earlier this month Google previewed a work in progress: its augmented reality glasses, which promise to layer useful information over the unhelpful every-day reality human beings have experienced for...well, since the beginning of time. 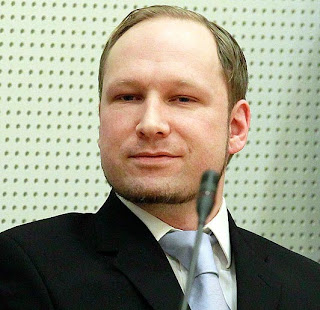 As the trial of mass murderer Anders Behring Breivik proceeds in Norway this week, it's worth noting a technology-related anomaly in the press coverage of his crimes.

Breivik is the right-wing terrorist who killed more than 70 people, most of them students attending an island summer camp, in July 2011. At the time, it was widely noted that significant sections of his "European Declaration of Independence" had been lifted verbatim from Ted Kaczynski's "Industrial Society and Its Future," aka "the Unabomber Manifesto." What wasn't noted was how dramatically at odds Breivik's beliefs are from Kaczynski's.

Like Kaczynski, Breivik hates leftists, and it was Kaczynski's passages excoriating those enemies that Breivik copied. But where the Unabomber set out to destroy the Kingdom of Technology, Breivik spoke of using technology – technology in general, that is, in addition to bombs and guns – to further his goals. His agenda was aimed at cleansing European nations of "multicultural" influences. Toward that end, he urged that the technological advantage of European nations be widened, recommending that twenty per cent of their national budgets be reserved "for research and development in relation to science and technology."

For the same reason, he also urged that Western technology be kept out of the hands of Muslim countries. Christian nations should focus their energies solely on their own economic development, the declaration said, "allowing unlimited research and development relating to every aspect of technology and science (including all aspects of biological research, reprogenetics etc.)."

Another significant difference was their respective positions on genetic engineering. Kaczynski specifically warned that using those techniques was a step in the direction of technological totalitarianism, but Breivik specifically endorsed them. "Reproduction clinics" should be established, Breivik said, in order to promote population growth from "pure sources," defined as "non-diluted (95-99% pure) Nordic genotypes." Kaczynski urged that all forms of genetic engineering be outlawed, but predicted that in a technological society they wouldn't be. (See paragraphs 122-124).

Many of us who have doubts regarding the technological project deeply regretted Kaczynski's discrediting of the issue with his terror campaign. If there's a lesson here it may be that hatred seeks justifications for its slaughters under whatever guise happens to be convenient.