The Underlying Cause of the United Fiasco (Among Many Others) 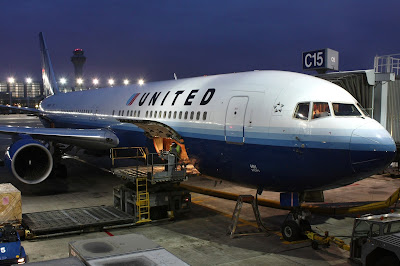 The volume and ferocity of public outrage over United Airline's forcible ejection of passenger last week has been remarkable  —  as of this writing, the main article on the incident in the New York Times had prompted more than 6,500 comments. Clearly, this is a story that's touched an extremely sensitive public nerve. But why? I think there's a reason the analysts offering answers to that question have missed.

In addition to the outrage over overbooking, the gradual accretion of indignities — jamming ever-more passengers into ever-smaller spaces, the added charges for things that were once included in the cost of a ticket, the privileges offered those who pay for first class seating, the lines, the crowds, the occasional nasty gate attendant — are the most readily identifiable causes of the furor, duly noted in any number of columns.

The assessment that gets closest to the point I want to make came from New York Times tech columnist Farhad Manjoo, who wrote that a variety of technologies — online travel sites where customers can find their flights and buy their tickets without ever talking to a human being, for example — have allowed the airlines to serve more customers with fewer employees, encouraging a "race to the bottom" in terms of passenger service and satisfaction.

All of these practices tend to produce feelings of dehumanization. In their pursuit of efficiency — processing the greatest number of people with the least amount of cost — the airlines have succeeded in making their relationships with their customers as impersonal as possible. We feel as if we're being herded like cattle in airport lines because we are being herded like cattle — and not just in airport lines, but in countless other exchanges in modern life. The United fiasco tapped into a river of resentment and rage that these experiences of dehumanization have cumulatively produced. And yes, this river of resentment and rage is a tributary of the greater reservoir of resentment and rage that put Donald Trump in the White House. "We're mad as hell and we're not going to take it anymore!"

There's a word that describes the mechanism of disconnection that's responsible for these feelings of dehumanization: mediation. Mediation means dealing with a given reality through something else. (That definition is borrowed from Thomas de Zengotita). A vast, vastly complex operational system stands between — mediates between — United's passengers and the people who run the airline. This system combines legions of machines, an extensive array of management techniques, and thousands of employees. The employees who deal directly, in person, with passengers are the only human interface with the system, but first and foremost they are agents of the system. As such they are dehumanized themselves.

The power, reach, and speed of the machines enable the system; their impersonality defines it. A fundamental characteristic of technology is action at a distance. The physical and psychic distance between the people who have their hands on the system's levers — management — and their customers is so great that the former are unable to see the latter as human beings. Passengers are numbers, and are treated accordingly. Managers, as many commentators have noted, are motivated by the drive for profit. Mediation is the means by which they are able to pursue profit without being unduly hampered by qualms about the impacts of their decisions on their customers or their employees. United's stockholders, on whose behalf management's decisions are made, are nowhere to be seen. 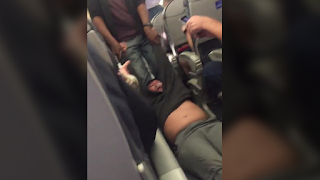 This is how a 69-year-old man winds up being dragged by armed security guards from a seat he's paid for. As far as management is concerned, it's nothing personal, at least until an especially embarrassing incident reveals that it is, in fact, extremely personal. At that point the public relations experts are called in to compose an apology.

The other passengers on the United flight knew, unconsciously if not consciously, that this was only an extreme example of a commonplace disregard for their own individuality as human beings, distinguished by degree but not in kind from the sorts of treatment we've all experienced in countless encounters with other mediated systems (eg. your health insurance company, or your Internet service provider). When we feel dehumanized we tend to behave inhumanely, which is why we hear so many complaints these days about the disappearance of manners and the coarsening of the culture in general.

Major companies like Amazon and Apple go out of their way to emphasize service because they recognize how important it is to overcome the essential impersonality of their relationship with their customers. That's smart, and it helps. Nonetheless at a fundamental level the impersonality of the exchange remains. Mark Zuckerberg's recent manifesto "Building Global Community" grapples with the same problem. How can Facebook foster personal connection with two billion users? It can't.

More than thirty years ago a professor at Vanderbilt University named John Lachs published a brilliant book about the corrosive effects of mediation, Responsibility and the Individual in Modern Society. The further removed we are from the effects of our actions, he said, the easier it is to remain ignorant of their effects, and unmoved by them. The depth of our ignorance is "largely a measure of the length of the chain of intermediaries" that separates us from the consequences of actions we initiate. Distance opens the way for ignorance and moral lassitude in consumers as well as managers. We don't see the suffering of the people who produce the products we buy, and therefore don't care much about it, until some tragedy — a fire in a garment factory in India, a rash of suicides in an electronics factory in China — brings it to our attention.

Lachs cited three specific consequences of mediation. First, when others perform actions we initiate, they become instruments of our will. We come to view them as tools, as means to our ends, and we grow accustomed to manipulating them to accomplish those ends. The second consequence is that those who are manipulated develop a growing sense of passivity and impotence. Many have noted that the other passengers on the infamous United flight took no action other than recording the doctor's eviction on their smartphones and posting the video on Twitter, in itself a technologically mediated response. Others have noted that the public has uttered barely a peep of protest as the airlines have undergone a series of mega-mergers that have radically reduced their need to worry about customer service or satisfaction.

The third and most important consequence cited by Lachs is the moral lassitude mentioned above. "We quickly lose sight of the conditions of our existence," Lachs says, "and forget, if we ever knew, the immediate qualities and long-range effects of our actions. There appears to be something grotesque or paradoxical about a person failing to have direct experience of his actions. It conjures up the image of a man drunk or anaesthetized who can move through life without creating a ripple in his mind…The result is that there are many acts no one consciously appropriates.”

United's chief executive, Oscar Munoz, failed to appropriate the result of his actions in last week's fiasco until he had to. In a culture in which technologies allow us to effortlessly extend our reach far beyond our lines of sight, this is a failure we all share, to varying degrees, but none more so than the corporate executives who wield the most highly-developed, farthest-reaching mechanisms of mediation. We don't know who they are, usually, but their decisions shape our lives, at a distance

David Shenk on the electronic Tower of Babel 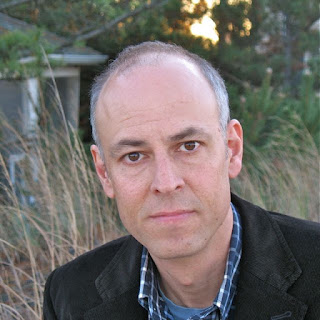 ''It appears that rather than our world becoming a cozy village, we are instead retreating into an electronic Tower of Babel, a global skyscraper. Instead of gathering us into the town square, the new information technology clusters us into social cubicles. There are fewer central spaces, and not even a common channel.''
David Shenk, 1997 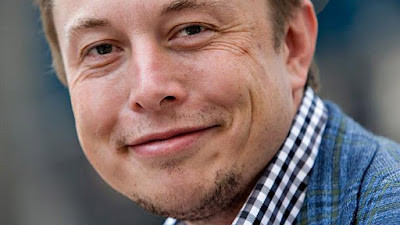 There's a fairly obvious contradiction contained in Elon Musk's strategy for protecting us from becoming slaves to artificial intelligence.

He's certain that the way to avoid becoming AI's "house cats," as he's fond of putting it, is to inject an artificial intelligence mesh — a "neural lace" — that would mold itself to the brain, creating a wireless connection between biological neurons and digital computers. (Musk's partners say more details on the project will be released early next week.)

Forgive me for thinking that this seems more of a surrender to the AI threat than a defense against it. I'm reminded of the famous line from the old comic strip Pogo: We have met the enemy and he is us.

Musk is essentially proposing to resist AI's imposition on human independence by accelerating AI's imposition on human intelligence. If the AI threat involves machines becoming so smart that they take over human control, what's to keep them from taking over the neural lace? And "house cats" hysteria aside, isn't the risk of becoming more cyborgian than we already are the AI threat we should really be worried about anyway? 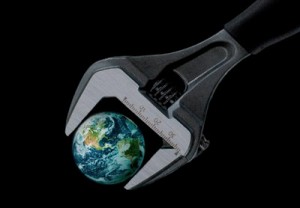 Again, forgive me, but I have my doubts. The application of every powerful technology creates unintended consequences. Global warming and artificial intelligence are two of the most consequential examples of that fundamental rule. I'll take Elon Musk's (and Bill Gates', and Stephen Hawkings') word for it that artificial intelligence poses an existential threat to the future of humankind. I'll take the word of the scientific community that global warming poses an equally decisive threat.

A question, then, for the technologists: Have you ever considered the possibility of applying less technology?


Postscript:  See my follow-up post on the Neuralink project, "The Wizard Hat Solution."