Bill McKibben endorses Not So Fast 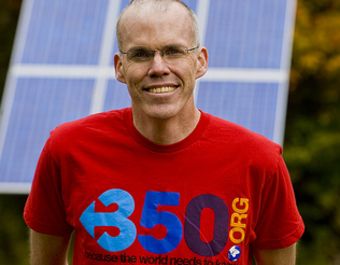 I'm honored today to receive an endorsement of Not So Fast from Bill McKibben, a leading figure in the fight to address global warming. Here is what he said:


“It's crucial—even as we sink ever deeper into our mediated world—that we pay attention to the technology engulfing us. This book helps draw the baseline that we're leaving behind, and perhaps will help us slow down the flight from reality.”

— Bill McKibben, activist and author, Enough, The Age of Missing Information and The End of Nature

For other endorsements Not So Fast has received, click here.

Email ThisBlogThis!Share to TwitterShare to FacebookShare to Pinterest
Labels: 350.org, Bill McKibben, Not So Fast: Thinking Twice About Technology 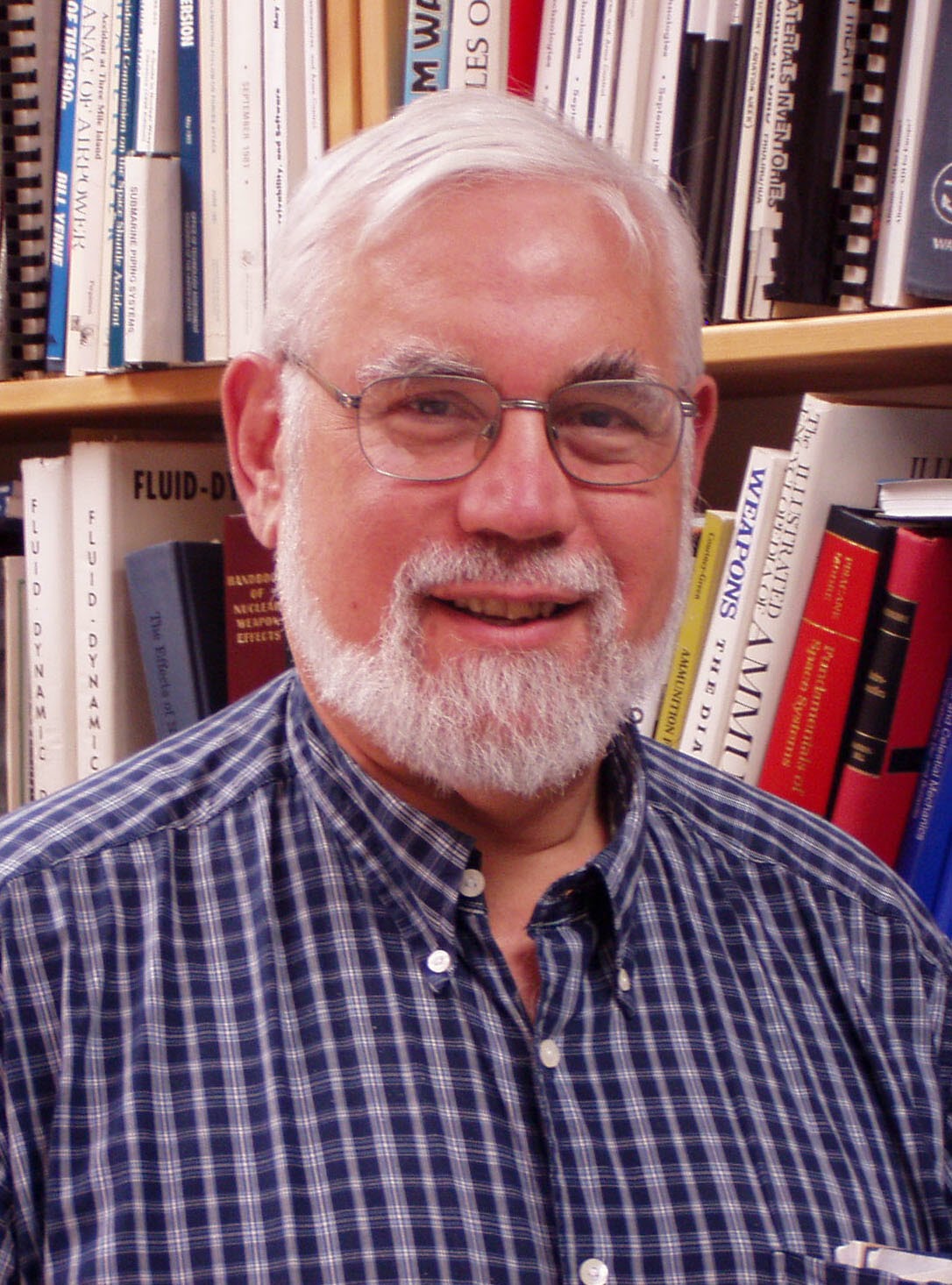 I was thrilled today to receive another outstanding endorsement of Not So Fast from another scholar I deeply admire, Ted Postol, longtime professor at MIT and one of the world’s leading experts on weapons design and control.
Here is what he said:

Doug Hill’s book Not so Fast is not a criticism of technological innovation and enterprise, but rather a careful and well-thought-out advisory on the unpredictable effects of technology on human activities and culture. This exceptionally interesting book not only contains an exceedingly diverse set of examples of how technological outcomes can differ from what is intended and expected, but it also contains a very interesting review of how wrong the predictions and advice of “technological visionaries” can be.  Anybody who is interested in the unexpected consequences of technological innovation should consider this book an important contribution to their library.

Email ThisBlogThis!Share to TwitterShare to FacebookShare to Pinterest
Labels: " "Not So Fast: Thinking Twice About Technology, MIT, STS, Theodore Postol

Zygmunt Bauman: The crux of the question, after Auschwitz "That is the crux of the question whenever we ponder the meaning of Western Civilization after Auschwitz. Our evolution has outpaced our understanding; we can no longer assume that we have a full grasp of the workings of our social institutions, bureaucratic structures, or technology."

Zygmunt Bauman, Modernity and the Holocaust

Email ThisBlogThis!Share to TwitterShare to FacebookShare to Pinterest
Labels: Modernity and the Holocaust, Zygmunt Bauman

On Gandhi’s Spinning Wheel and the Digital Millennium: An Open Letter to Vishal Sikka

Note: This is an open letter to Vishal Sikka, CEO and Managing Director of the computer services company Infosys (current market capitalization, just over $31 billion), in response to an essay he posted on the blog site of the World Economic Forum in Davos, Switzerland, subsequently reposted on Medium.

I hope you won’t mind me addressing you informally. I’m writing because I was intrigued by your recent essay, “Why Technology Actually Makes Us More Human.”

To be honest, “intrigued” isn’t an entirely accurate description of my reaction to your piece, but I’m trying to remain civil here. I’d like to accord you the respect you deserve. I say this not because you’re the CEO of a major multinational corporation but because I don’t doubt your comments are sincere, and because from what I’ve read, you seem a perfectly decent guy.

I also feel a need to tread gently because what bugged me about your essay were your comments about Mahatma Gandhi, and Gandhi is considered the father of your country, not mine. (I refer to the country in which you were born and raised; I’m aware that you’ve since obtained American citizenship.) It stands to reason, therefore, that you might be more familiar with the great man’s legacy than I am.

Nonetheless, sir, I have to say: On the question of Gandhi’s spinning wheel, I’m pretty sure you got it completely wrong.

“Among his many other initiatives,” you write, “Gandhi encouraged Indians to spin and weave, and wear clothing made from this homespun fabric….Today, computing technology can serve as humanity’s charkha.”

Your essay is short on specifics and long on generalities, as these types of visionary statements tend to be. Your second graph, however, seemed to sum up the basic point:

“The digital revolution has positioned us at the epicenter of change and opportunity. We are surrounded by technology that enables us to do more, with less, for more. I believe this exponentially increases our individual and collective ability to achieve our true potential, and enhances our freedom to evolve.”

Now, as I say, I’m no expert on Gandhi, but I couldn’t help but wonder if equating artificial intelligence and automation with the charkha could possibly be faithful to his message. I decided to investigate. Sure enough, a couple of hours on the web and a few hours in the library confirmed my suspicions. Far from being analogous, the spinning wheel revolution Gandhi proposed and the digital revolution you proclaim are aimed in pretty much opposite directions.

You write that for Gandhi the wheel represented the “freedom to be innovative” and the ability “to find our own insights.” To the contrary, in an era of rampant technological expansion, Gandhi saw the spinning wheel as representative of traditional skills that needed to be revived and reincorporated into daily life. Spinning wasn’t about finding the new new thing, or about disruption. It was about recovery and preservation.

You go on to argue that by encouraging Indians of all castes and religions to spin, Gandhi hoped to foster “a national revolution built on the tenets of human creativity, self-reliance and entrepreneurship.” This, you add, was one of the earliest manifestations of a “maker movement” and a strategy “aimed at turning India into a manufacturing hub to trigger its economic transformation.”

That’s half right. It’s true that Gandhi envisioned spinning as a way for the masses of India to affirm their desire for independence while at the same time producing products that would help them attain it. He wasn’t, however, advocating entrepreneurship, at least not in the “billionaire or bust” sense typically associated with that word in Silicon Valley. Nor was he advocating turning India into a manufacturing hub on anything more than a local level.

Independence for Gandhi wasn’t about hitting the jackpot with stock options but about finding a way for villages, and the values villages nourish, to survive. Spinning was a catalyst of “rural mindedness,” and thus an antidote to the giganticism and exploitation that were, in Gandhi’s view, inherent in industrial capitalism.

“You cannot build non-violence on a factory civilization,” Gandhi wrote, “but it can be built on self-contained villages….Rural economy as I have conceived it eschews exploitation altogether and exploitation is the essence of violence. You have therefore to be rural minded before you can be non-violent, and to be rural minded you have to have faith in the spinning wheel.”

One phrase you use in your essay, Vishal, threw in especially stark relief the distance between your conception of technology’s potential and Gandhi’s. It appears in the midst of your discussion of computer literacy. “Just as the charkha did many decades ago,” you write, “computer literacy will help make makers out of us, help us weave our dreams into reality.” Two things are needed to make those dreams come true, you say: “advances in tooling and better abstractions.”

Advances in tooling and better abstractions. No offense, but I can’t help thinking only a computer engineer could come up with a combination like that. And here again, you’re half right.

Gandhi was definitely in favor of advances in tools (according to Wikipedia, he invented a small, portable spinning wheel that could be folded into the size of a small typewriter), but he wasn’t into abstractions. Indeed, he saw the spinning wheel as the antithesis of abstraction. The hands-on experience of spinning — the physicality of it — was precisely the point. What Gandhi called “charkha atmosphere” was a result of being fully grounded in the present. Spinning was a form of active meditation and a means of connecting to community and to nature. “Unless our hands go hand-in-hand with our heads,” he wrote, “we will be able to accomplish nothing whatsoever.”

These ideas are clearly less in tune with Sergey Brin, Larry Page and Ray Kurzweil (among the more prominent of your fellow believers in the Digital Millennium) than they are with those of Wendell Berry, Ivan Illich and E.F. Schumacher. The book that Gandhi credited with inspiring his spinning wheel campaign, and much else in his life, was Unto This Last by John Ruskin, a leading figure in the original “maker” movement and one of industrialism's greatest enemies. “We shall be remembered in history as the most cruel, and therefore the most unwise, generation of men that ever yet troubled the earth,” Ruskin said, “— the most cruel in proportion to their sensibility, — the most unwise in proportion to their science.”

It’s no small irony, Vishal, that you published your essay on the occasion of the World Economic Forum, an event at which packs of super-rich executives arrive in private jets to discuss, among other things, global warming and the potential impact of automation on employment. (Reports list your own salary at somewhere around $7 million a year.) Perhaps more than anything, Gandhi objected to the concentration of wealth that modern technology tended to promote and the greed that drove it.

Gandhi dedicated his life to personal austerity, to improving the lot of the poor and to spiritual rather than material gain. He often spoke of his admiration for the spirit of discovery in Western science and insisted that he wasn’t against all technology; what he opposed was the way technology was frequently used. “I do want growth, I do want self-determination, I do want freedom,” he said, “but I want all these for the soul…It is the evolution of the soul to which the intellect and all our faculties have to be devoted.”

To be fair, Vishal, I don’t doubt your hopes for humankind are the same as Gandhi’s: progress toward a better future for all. But please, can we acknowledge that the charkha and the computer embody substantially different ways of getting there?

(References that proved especially helpful in research for this letter include Gandhi’s Autobiography: The Story of My Experiments With Truth, Hind Swaraj or Indian Home Rule and The Essential Writings; Rebecca M. Brown’s Gandhi’s Spinning Wheel and the Making of India; “Towards an Understanding of Gandhi's Views on Science,” by Shambhu Prasad; and “Gandhi and the Concept of Alternative Technology” by K. Gopinathan Pillai. Although his essay doesn’t mention it, Sikka may have been influenced by Sudheendra Kulkarni’s book, Music of the Spinning Wheel: Mahatma Gandhi's Manifesto for the Internet Age.)