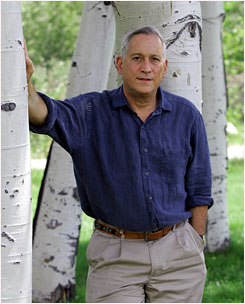 Unless I missed something, there's an interesting sidelight that's been overlooked amidst the avalanche of publicity accorded Walter Isaacson's biography of Steve Jobs.
Many people, including Isaacson, have attributed Jobs' "genius" to his ability to combine technological achievement with an artistic sensibility. Science and technology are often said to be natural enemies of the arts and humanities. Jobs was one of those very rare individuals capable of bridging the gap between them. (For more on this, see my previously published commentary "The Boffins and the Luvvies.")

I haven't seen Isaacson's book, but I wonder if it mentions that the Aspen Institute, of which he is President and CEO, was born directly out of the war between science and the humanities. Two of the key figures in the founding of the Institute were Robert Hutchins and Mortimer Adler of the University of Chicago, who insisted that science and technology, in their narrow-minded focus on results, were ignoring and eclipsing the foundational wisdom of Western culture, wisdom accrued over the centuries from its classic works of literature and philosophy. This was the rationale behind their creation of the famous "Great Books" program, and it was the guiding philosophy of the Aspen Institute at its formation.

The founding of the Institute is the subject of a fascinating chapter in James Sloan Allen's "The Romance of Commerce and Culture." In it he quotes Mortimer Adler's declaration of principles as stated in the Institute's first press release. Human beings in the twentieth century live, Adler wrote, "in a world which almost worships science and technology," so much so that they have lost sight of the "moral and spiritual truths" that would enable them to control the machinery they've unleashed.

I think Steve Jobs would definitely have agreed with those sentiments. Whether his achievements in technology will ultimately work for or against a readjustment of the imbalance Adler deplored is another question.