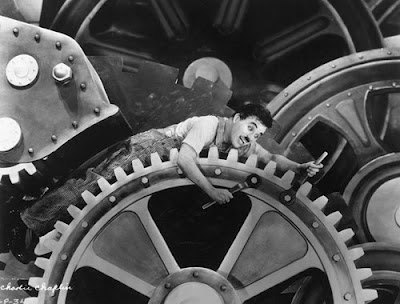 A note to my readers: I posted a version of this essay about a month ago and subsequently took it down. I worried that some of the personal struggles it discusses might serve to undermine the primary purpose of my blog, which is to attract potential publishers to my book. Given the subject matter the essay addresses, my reservations in that regard were both ironic and precisely to the point. I also found that withdrawing the piece seemed to have a chilling effect on my willingness to "put myself out there" in general. For those reasons I decided to put the essay back up, with some additional thoughts in the two concluding paragraphs.


I'm breaking a blogging silence of more than a month today to post something that for me is unusually personal: Some reflections on the practice of blogging.

I started this blog for a very specific reason. I needed to build a "platform" that would help convince book publishers and agents that the book I've recently completed on the history and philosophy of technology is worth investing in.

As everyone knows, we live in an age of information overload, and any author in search of a publisher will find that there's no shortage of available advice on how best to go about succeeding in that environment. Virtually all of this advice focuses not on the book itself but on the promotion of the book. To have any hope of gaining an audience today an aspiring author must find some way to raise himself above the crowd of other aspiring authors, all of whom, like him, have unprecedented avenues of online access to the overloaded attentions of the public. Hence the necessary construction of a platform.

A platform is advertising, pure and simple. You stand on your platform and wave, frantically, thereby turning yourself into a "brand." Many of those who offer advice on how to get published literally use that term. Again, the quality of the book isn't the issue. It's the recognizability of the author. Granted, it's possible to become recognized for the quality of your ideas, but anyone who believes that there's a correlation between recognizability and quality hasn't noticed who's on the covers of supermarket tabloids lately. Impact – sensation – is what matters, and in an age of information overload your best chance of creating impact is to pummel easily digestible ideas into the collective consciousness with machine-like regularity.

The pressures of platform building take on an air of absurdity when your subject is the question concerning technology. One of the things that's kept me from blogging recently has been the completion of an article on Jacques Ellul for the "Ideas" section of the Boston Globe. In that article I mentioned Ellul's belief that human beings are increasingly struggling with the necessity of accommodating themselves to the inhuman demands of technique. "Never before," Ellul wrote,

has the human race as a whole had to exert such efforts in its daily labors as it does today a result of its absorption into the monstrous technical mechanism. The tempo of man's work is not the traditional, ancestral tempo; nor is its aim the handiwork which man produced with pride, the handiwork in which he contemplated and recognized himself….What was once the abnormal has become the usual, standard condition of things.

I realize that my complaints about this will likely come off as useless whining, a self-serving reluctance to face up to the conditions of the modern world as it is. If you can't stand the heat, get out of the kitchen, etcetera. I find chilling the eagerness with which so many today are willing to adapt themselves and others to technical demands, striving as they do to turn necessity into a virtue.

It's true that some people feel perfectly at home in the rapid-fire world of the daily blog and do genuinely valuable work there. More power to them. It's true as well that amidst all the superficial tripe, technology does offer us incredibly convenient opportunities to engage with an infinite variety of important, incisive information. As many have noted before me, though, it's the overwhelming volume of the flow that's the problem.

It's often said that in order to keep from drowning in information we must learn to filter out what we don't need. Easier said than done. Filtering is a labor-intensive, consciousness-absorbing activity. It goes back to what Huxley said about the doors of perception, and to what the philosopher Don Ihde has said about the inevitable trade-off we make when we use technologies of amplification: In the process of focusing we narrow. Looking through a microscope allows us to see micro-organisms, but while looking at them we can no longer see the table we’re sitting at, or the room we’re sitting in, or the stars.

Ellul often repeated the maxim that at some point a change in quantity becomes a change in quality. The Internet carried us past that point long ago.

Sages regularly insist that it is through contemplation that one gains insight into the true nature of things. Plotinus said in the third century that the discernment of spiritual truth requires one to "watch in quiet till it suddenly shines upon us; preparing ourselves for the blessed spectacle as the eye waits patiently for the setting sun." It seems evident that a culture that celebrates sounding off at every opportunity drives itself in precisely the opposite direction.

Another reason I haven't been posting blog entries recently is that I've been depressed about the lack of response my book has received from the agents I've approached. Depression, of course, is one of those human inconstancies that interfere with the flow of production, and for which technique has accordingly supplied numerous technical (pharmaceutical) remedies. My reluctance to employ these remedies has led to delays in the construction of my platform, for which I have no one but myself to blame. 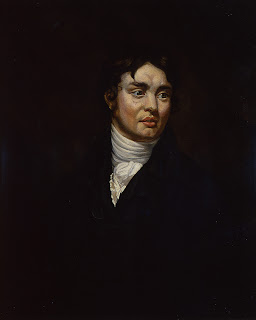 The latest agent to reject my book said that in his opinion it's better suited for the "academic or professional market" than for general-interest readers. It could be that he hoped to deliver the bad news with as few words and as little insult as possible. He may have hated what I'd written for any number of reasons and been too polite to say so. Nonetheless there was an implication in what he did say that my book would require more heavy lifting intellectually than the average consumer today will tolerate. Perhaps that's an accurate assessment. Even if it is, though, it's a sad surrender to the vicissitudes of technique.

It just so happened that on the day I received that last rejection I was absorbed in Richard Holmes' magnificent two-volume biography of Samuel Taylor Coleridge. Although I don't begin to compare my own talents to Coleridge's, I noted with particular interest the following passage, in which Coleridge responded to criticisms that his essays were too obscure for general readers:

I must of necessity require the attention of my Reader to become my fellow-labourer…to retire into themselves and make their own minds the objects of their steadfast attention…No real information can be conveyed, no important errors rectified, no widely injurious prejudices rooted up, without requiring some effort of thought on the part of the Reader. But the obstinate (and towards a contemporary Writer, the contemptuous) aversion to all intellectual effort is the mother evil of which I had proposed to war against, the Queen Bee in the Hive of our errors and misfortunes, both private and national.

I'm a reporter by nature as well as experience. That means that I'm a reactor more than an initiator. I enjoy collecting and synthesizing ideas from disparate sources. In the process of doing so I hope to make an original contribution. I'm also a reflector, meaning one who reflects. It's not in my nature to churn stuff out. Building a platform doesn't always lend itself to those pursuits.

A recent essay in the Guardian newspaper questioned whether using social media to build an audience for books is as effective as it's supposed to be. Its author, Ewan Morrison, noted the advice of social media gurus that authors should spend 20 per cent of their time writing and 80 per cent of their time building a platform. Its seems obvious that this "20/80 rule" is a classic case of putting the cart before the horse. Put another way, it demonstrates the accuracy of a phenomenon frequently noted by Jacques Ellul: that the technological society constantly demands that we focus our attention on means rather than ends.

There's a reasonable balance to be struck, I hope, between naked self promotion and making a thoughtful contribution to the discussion. The 20/80 rule isn't it. As Ellul also frequently noted, reasonable balance isn't a quality the technological society takes very seriously.