On vaccinations, autism, and propaganda: A reply 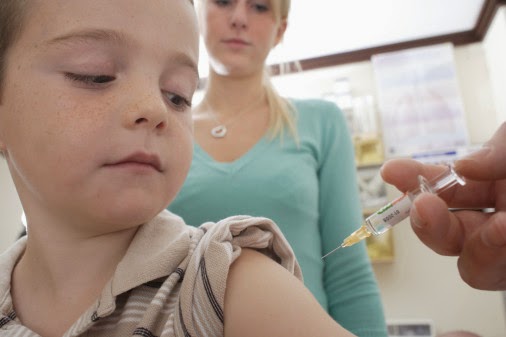 Dear Reader:
A week ago I posted in this space a copy of a paper I’d written regarding Jacques Ellul’s thought on propaganda. In it I commented on the irony of the fact that, although we live in an age of super-abundant, super-accessible information, mass delusions persist, and thrive. I mentioned several examples of those delusions, including the fear that vaccinations contribute to autism.
That example prompted an angry, anonymous reply suggesting that I myself had been a victim and a propagator of propaganda by falling for the lies of the pharmaceutical industry and its scientific minions, who, the commenter believes, have conspired to cover up the truth of the vaccine/autism connection.
The full text of his/her comment can be read at the bottom of my original post, here.
I’m responding to Anonymous’ comment in this new post because what I’ve written exceeds the number of characters allowed for comments by Google, the host of my blog.

Dear Anonymous,
I published your comment a couple of days ago for two reasons:
Over the past couple of days I’ve made a point of looking into the matter more closely by reviewing a series of  scientific and journalistic reports on the issue. (Thanks to technology, abundant information is out there if you look!) I spent more than a decade reporting on medicine and health for a living, so research of this nature is something I’m used to.
Based on that review, my original impression has been affirmed: There’s no credible scientific evidence of a connection between vaccinations and autism.
I hasten to add that being a health journalist does not mean I’m immune to misinformation. I am not a scientist and I have not personally conducted one iota of scientific research into this question. My judgement depends on the conclusions of experts. That makes me vulnerable, as you point out, to being deceived by propaganda. In an era in which all of our lives are affected in countless ways by science and technology, we simply have no choice but to rely on the judgement of experts on a wide variety of issues. We choose who and what to believe.
My opinion on the vaccination issue rests on the conclusions of hundreds of scientists who have looked into the question and found no convincing evidence of a connection between vaccinations and autism. I similarly base my belief that global warming is in fact in progress on the broad consensus of the scientific community. Ditto my belief in evolution. In all three cases, abundant evidence exists to buttress the scientific consensus. In all three cases I fail to be persuaded that some unimaginably vast conspiracy to delude the public is underway.
The task I have taken on in my book and in this blog is to oppose the fallacies and dangers of technological enthusiasm. However (as I make clear in the introduction to my book), this does not mean I don’t recognize and appreciate the countless gifts that technology and science have provided humankind. I would put immunization against infectious disease high on the list of those gifts.