Andersen, Ortega, and the Decline of Western Civilization

As a fan of the late December thumbsucker – those journalistic attempts to take stock of the year's achievements in various fields of endeavor – I was struck by the marked pessimism of many of the 2011 entries. Two themes in particular regularly appeared: that the culture seems creatively spent, and that as a result artists are looking backward for what little inspiration they can muster.

Jon Caramanica concluded in the New York Times, for example, that 2011 might be remembered "as the most numbing year for mainstream rock music in history," a year when even the best of a legion of mediocrities "walked blindly in footprints laid out years, even decades, earlier." Similarly, Salon's Matt Zoller Seitz noted that the year's most talked about movies and TV shows were drenched in longing for an earlier, pre-digital age, before everything became virtual and people could actually touch – and feel – the world around them.

The most ambitious attempt to take the temperature of the Zeitgeist was Kurt Andersen's year-end essay in Vanity Fair, "You Say You Want a Devolution?" The article's subhead accurately described the gist of his argument: "For most of the last century, America’s cultural landscape – its fashion, art, music, design, entertainment – changed dramatically every 20 years or so. But these days, even as technological and scientific leaps have continued to revolutionize life, popular style has been stuck on repeat, consuming the past instead of creating the new."

There's nothing new about nostalgia, of course, but the despairing tone of Anderson's article and those of his colleagues was unusual. By coincidence, they happened to appear just as I was finishing one of those classics of philosophy I'd long intended to read, José Oretga y Gasset's The Revolt of the Masses. Despair was a dominant theme in Ortega's work, too. Indeed, although much in Revolt of the Masses doesn't go down easily today – the book is overtly elitist and Eurocentric – there are intriguing parallels between Ortega's major themes and those sounded by the December thumb-suckers of 2011. Timing has something to do with that – Revolt of the Masses appeared in 1930, just as the Great Depression was gaining momentum – as does technology.

Ortega's central point was that the emergence of modern consumer abundance coupled with liberal democratic ideals had bestowed an unprecedented increase in the scope of opportunity, experience, and freedom available to the average citizen. That was the good news. The bad news was that this expansiveness had led to a similarly unprecedented degree of self confidence on the part of those average citizens – confidence that was wholly unearned and undeserved. The masses had come to consider themselves, Ortega said, fully capable of determining what course the state and the culture should follow, with disastrous results. As an aristocrat and an intellectual, Ortega believed an appalling degradation was ongoing in the conduct of public affairs.  The "sovereignty of the unqualified individual," he declared, had taken hold.

As I say, some of Ortega's opinions can be cringe-worthy – I understand why some critics consider him a proto-fascist – but the text as a whole contains enough qualifications to defuse, for me, much of that discomfort. For one thing, what made an individual common for Ortega had nothing to do with class and everything to do with attitude. Nonetheless, he was no fan of the cacophony that prevails in the modern marketplace of ideas. "The leveling demands of a generous democratic inspiration have been changed," he says, "from aspirations and ideals into appetites and unconscious assumptions."

It's those appetites and assumptions that resonate most clearly with contemporary concerns. Like Kurt Andersen, Ortega saw a central paradox in modern experience between the "plentitude" of available choices and our tendency to withdraw in response to that plentitude. An excess of opportunity overwhelms us. Part of the reason that is so, Ortega believed, is that we have pridefully abandoned any respect for traditional values, leaving ourselves with no standards to hold onto in the maelstrom of change. At the same time, the environment created by technology – 1930s technology, yes, but still potently disruptive – demanded that we adapt ourselves in ways no tradition could prepare us for. We become, he said, "what our world invites us to be, and the basic features of our soul are impressed upon it by the form of its surroundings as in a mold."

Also like Andersen, Ortega believed the culture had lost its creative vitality along with its sense of direction. Modern life is a time, he wrote,


when man believes himself fabulously capable of creation, but he does not know what to create. Lord of all things, he is not lord of himself. He feels lost amid his own abundance. With more means at its disposal, more knowledge, more technique than ever, it turns out that the world today goes the same way as the worst of worlds that have been; it simply drifts. Hence the strange combination of a sense of power and a sense of insecurity which has taken up its abode in the soul of modern man.

Ortega was at his angriest when he denounced the childishness of modern culture, a childishness that from his perspective afflicted nations as well as individuals. Conditioned by plentitude, he said, the masses take their comforts for granted and, like spoiled children, throw tantrums at any suggestion of restraint. "To spoil," he said, "means to put no limit on caprice, to give one the impression that everything is permitted to him and that he has no obligations." 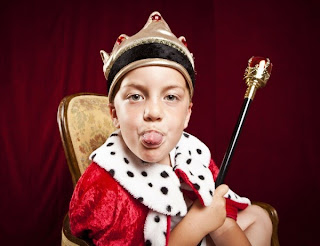 Few of us, I suspect, would have trouble citing examples of childish behavior we encounter today, from cell-phone shouters in restaurants to the corporate executives who skirt safety standards for the sake of profit.

Another thing Ortega and Andersen share is an awareness that Western culture had cycled though periods of satiation and despair before, an awareness that failed to mitigate their apprehensions for the future. Andersen worries that Western civilization might be coming to an end "not with a bang, but with a long, nostalgic whimper." In translation from the Spanish, Ortega's premonition was odder, but no more cheerful. "Whoever has not felt the danger of our times palpitating under his hand," he wrote, "has not really penetrated to the vitals of destiny, he has merely pricked its surface."