Utopia on a Budget 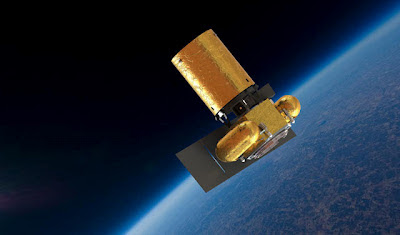 When you're selling dreams, the trick is to strike a balance between utopian promises and common sense.

A week ago today, a privately funded startup called Planetary Resources announced that it had embarked on a program to mine trillions of dollars' worth of precious metals and other resources from asteroids in space. The project is undeniably ambitious, yet in their press conference the company's executives took pains to emphasize the pragmatism of their approach.

Exponential advances in technology now make it possible, said co-founder and co-chairman Peter Diamandis, for small companies to accomplish what once required the backing of governments or large corporations. Planetary Resources plans to deploy "swarms" of low-cost telescope satellites to find asteroids that are rich in water, platinum, and other assets, but relatively close to Earth. They will then be mined not by people but by robots.

To be sure, there's nothing modest about the profits Planetary Resources hopes to realize. There were also frequent mentions during the press conference of how the project's success would benefit all of humankind, not only by developing new supplies of diminishing resources but also by keeping alive the dream of space exploration itself. Still, the gee whiz factor was kept to a minimum. Diamandis even claimed at one point that he'd dreamed since he was a teenager of being an asteroid miner, which seemed to be taking pragmatism a bit too far. Surely a teenager can imagine more glamorous things to do in space than that.


The press conference's one truly utopian moment came in a comment from Planetary Resource's other co-founder and co-chairman, Eric Anderson. My guess is that he momentarily let his enthusiasm get the best of him when he let slip his vision of where, in the long run, this could be heading. "We see the future of Earth as a garden of Eden," he said, "as a place where we take care of the Earth and protect the environment and we do our heavy industries and our mining and all that sort of stuff in space!"

Ah, the Garden of Eden. In truth that's what we've always been after, although we're less inclined to admit it today than we used to be. In 1833 a German immigrant named John Adolphus Etzler published The Paradise Within Reach of All Men, the first extended work of technological utopianism to appear in the United States. Follow my proposals for harnessing the elements with machines, Etzler declared, and within ten years "everything desirable for human life may be had by every man in superabundance, without labor, and without pay; where the whole face of nature shall be changed into the most beautiful forms, and man may live in the most magnificent palaces, in all imaginable refinements of luxury…" He went on.

Etzler predicted that some would greet his proposals with ridicule, and he was right. Among them was Henry David Thoreau, who published, anonymously, a review of Etzler's book that was slyly humorous in parts, openly sarcastic in others. "Let us not succumb to nature," he wrote. "We will marshal the clouds and restrain the tempests; we will bottle up pestilent exhalations, we will probe for earthquakes, grub them up; and give vent to the dangerous gases; we will disembowel the volcano, and extract its poison, take its seed out. We will wash water, and warm fire, and cool ice, and underprop the earth. We will teach birds to fly, and fishes to swim, and ruminants to chew the cud. It is time we had looked into these things."

A similar exchange occurred in the mid 1970s when a Princeton physics professor named Gerard O'Neill came forward with his own proposal for mining asteroids. O'Neill envisioned a series of permanently inhabited, self-sustaining human colonies orbiting in deep space. Huge inter-connected cylinders, each encompassing a land area as large as 100 square miles, would accommodate, in addition to extensive mining operations, capacious living quarters, gardens, and recreation areas. Settlers would be attracted not only by the promise of employment, O'Neill said, but also by internal climate conditions equivalent to "quite attractive modern communities in the U.S. and in southern France." He added that, because levels of gravity could be varied within the cylinders, a short walk up a hillside could bring a resident to an area where "human-powered flight would be easy" and "sports and ballet could take on a new dimensions."

Government funding was still the way to go at that point, and O'Neill appeared before subcommittees of the House of Representatives and the Senate to present his ideas. Here, too, it seems clear the intention was to portray the project as entirely reasonable. Mentions of southern France and flying ballet dancers were exceptions; charts and graphs were the rule. What we're talking about, O'Neill testified, is "civil engineering on a large scale in a well-understood, highly-predictable environment."

Again, naysayers emerged. Stewart Brand solicited comments on the project for the Spring 1976 edition of CoEvolution Quarterly, a spinoff of the Whole Earth Catalog. Brand was an enthusiastic supporter, but many of his readers weren't. The writer, farmer and environmentalist Wendell Berry called O'Neill's proposals "an ideal solution to the moral dilemma of all those in this society who cannot face the necessities of meaningful change." E F. Schumacher, author of Small Is Beautiful, wrote that he'd be happy to nominate several hundred people to ship into outer space immediately, so that the real work of saving the planet could proceed unimpeded.

Failing to find support in Congress, O'Neill's project faded away. Soon after that the personal computer industry began its remarkable rise in Silicon Valley, reinvigorating the idea that technology can change the world overnight, making a lot of people extremely rich in the process. No accident that many of Planetary Resources' investors acquired their fortunes digitally. When you have billions to spend, your dreams don't have to make sense.